Regional architecture that should be promoted 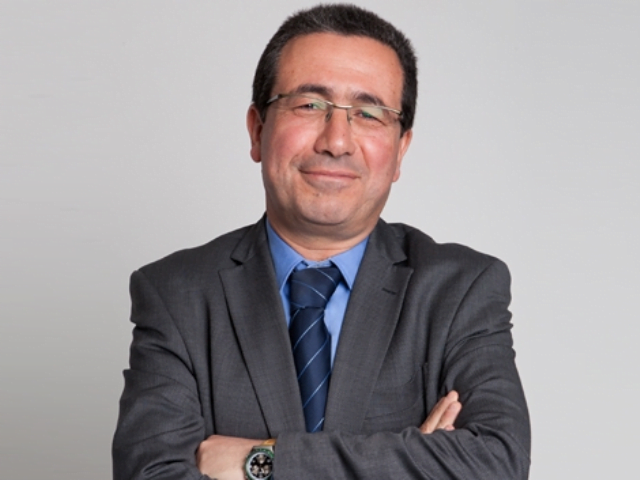 The Eastern Mediterranean has been consolidated over the past decade into a distinct sub-region of Israeli foreign policy. Three strategic developments led the states of the region, and Israel among them, to formulate unique policies of cooperation: The Arab Spring and its dramatic repercussions for the entire region; the natural gas discoveries in the Mediterranean and the crisis in Israel’s relations with Turkey. These developments placed Israel at a fascinating strategic crossroad, a position it exploited to build an impressive regional system. Israel must now take advantage of its success to advance this regional cooperation, with the Palestinians included, to improve and enhance the dialogue with Europe, and to intensify its engagement in battling the global climate crisis.

The close relationship forged among Israel, Greece and Cyprus lies at the heart of this new regional architecture. The three countries correctly identified, with impressive speed, the emerging strategic opportunity and the bilateral and trilateral relationship has since developed at dizzying speed. The convergence of interests was translated into quick progress in forging relations at the highest levels. All three capitals were seized with a sense of urgency in striking while the iron was hot, both in light of tangible congruent interests, as well as concern that the window of opportunity opened by the chill between Israel and Turkey could soon close.

The flourishing Israeli-Greek-Cypriot relationship spans a variety of aspects. In terms of diplomacy, it facilitated the promotion of ties with the European Union (EU) and the US; in terms of security, it manifested itself in joint military maneuvers and defense contracts; economically, it resulted in the development of tourism, technology and innovation. It also manifested itself in energy-related issues with the development of offshore gas fields, a proposed gas pipeline to Europe and a link between their power grids. Cooperation on substantive civilian matters is just as important, among them education, research, and remembrance of the Holocaust and of the camps for displaced Jewish survivors on Cyprus prior to the establishment of the state, and more.

The successful Israeli-Hellenic model paved the way for other trilateral partnerships on the Greek-Cypriot-Egyptian axis and even on the Greek-Cypriot-Jordanian one. In January 2019 it served as a catalyst for forming the Eastern Mediterranean Gas Forum (EMGF), which was an authentic attempt by its member states to form a regional cooperation framework. The forum consists of eight members – Israel, Greece, Cyprus, Egypt, Jordan, Italy, the Palestinian Authority (PA) and France, as well as two observers – the EU and US. The potential for energy cooperation was obviously the driving force for the creation of this forum, but over time most of its members seem to have developed relations of trust, placing Israel in an unusual foreign relations setting – a multilateral regional framework not affiliated directly with events in the Israeli-Palestinian arena.

A look at developments in the Eastern Mediterranean also highlights the tightening relationship between Israel and Egypt. The convergence of Israeli strategic interests with those of Egypt has generated impressive cooperation at the highest levels, which has expanded from the traditional security relationship between the two sides to the economic one, as well. Israel supported Egypt’s efforts to establish itself as a leader in the regional gas forum and it continues to cultivate cooperation and constant contacts in managing the Gaza arena. Nonetheless, the successful diplomatic-economic cooperation has so far failed to trickle down to the public level of Egyptian society.

The continuing chill in Israel-Turkey relations has had a key impact on developments in the Eastern Mediterranean. While economic ties between the two countries are unaffected, high-level diplomatic contacts have been severed and the embassies are headed by second-tier diplomats rather than ambassadors. Turkey perceives the Israel-Greece-Cyprus alliance and regional gas forum architecture as confrontational frameworks aimed at its isolation. Ankara made a certain effort to improve relations with Israel before the Biden Administration took office, but the move failed mainly because neither Turkey nor Israel displayed true willingness to bridge their differences. There has been a marked deterioration over recent years in the shared interests that bound these two countries together in the past, and Israel does not feel the need to invest too great an effort in strengthening ties with Ankara given current circumstances.

To round out the snapshot of relations in the Eastern Mediterranean, we must look to two additional members of the new regional framework – Jordan and the PA. Israel’s relationship with Jordan has experienced serious tensions and crises in recent years. In a welcome development, the new Israeli government is clearly making an effort to turn the page in relations with Amman. The Mediterranean framework could provide an additional arena for Jordan’s inclusion in a comfortable regional architecture, especially given Israel’s natural gas export agreement with Jordan that has gone into effect.

The EMGF is a multilateral cooperation framework that also brings together Israel and the PA. It can be used to advance shared projects of mutual value, including but not limited to energy issues, which could contribute to long-term trust and ties between the sides.

The past decade in the Eastern Mediterranean is an Israeli foreign policy success story in many respects, providing many opportunities. Nonetheless, Israel must be cognizant of the challenges it faces in this arena.

Time will tell whether Israel is successful in taking optimal advantage of the emerging Mediterranean architecture on its doorstep. Israel, which struggles with multiple identities and affinities (Western-European, Middle Eastern) could perhaps feel more at home in its Mediterranean identity and use it to advance integration and cooperation for its own benefit and that of all the actors in the region.