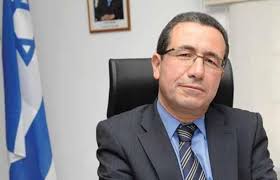 The negotiations in Vienna, regarding the return to the nuclear agreement from which the United States withdrew, are now being conducted intensively, and by all indications the chances of its completion are high, possibly in the coming days. It looks like there are efforts to conclude the agreement even in parallel to the war in Ukraine. The exact details are not clear, but it is probable that this agreement will not include substantial changes from the previous one. Hence, it is important to think about the Israeli steps in “the day after”.

It is essential to consider a few recent starting points:

What should be the Israeli policy for a possible return to the nuclear agreement?

The rationale behind the proposed move rests on the clear necessity of maintaining a strategic alliance with the United States, and a united front with the Biden administration, even if there are (understandable) points of disagreement between Israel and the United States. This is necessary considering the damage caused to Israel’s status due to its unilateral identification with the Republican side and the Trump administration, and no less important, to give Washington support in the face of powerful and challenging players like Russia and China, especially these days of the war in Ukraine.

It is also worth remembering that the current Israeli view, including the security system, looks positively, albeit cautiously and suspiciously, at returning to an agreement with Iran, as a preferred alternative to the current situation, and understands that the US withdrawal from the agreement was fundamentally wrong. It is necessary to bring this emphasis into public expression, even in the face of Israeli public opinion, and to reduce gradually the overly frequent use of the term existential threat.

Israel’s fear of Iran’s military nuclear capability is understandable, and deserves to be high on Israel’s priorities, however alongside other issues. We shall hope that today the understanding in Israel has sharpened that intelligent, political-strategic conduct, based on its strengths – militarily, economically, and socially – alongside the regional system, and the strategic alliance with the United States, pose a worthy challenge to Iran, with the return to the agreement.