Aphrodite-Yishai: The growing global demand for gas and the emerging thaw in Israeli-Turkish relations are increasing more than ever the need to resolve the dispute 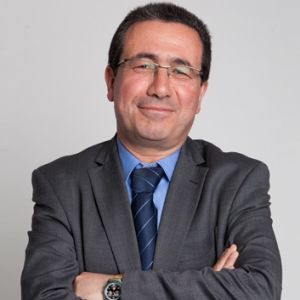 The Yishai Reservoir, located about 170 km west of Haifa, is part of Israel’s economic waters and is a geological continuation of the Aphrodite reservoir, located in the Cypriot economic waters. In other words, it is a cross-border reservoir. The most common practice worldwide is an agreement for joint exploitation, i.e.: unitization. The two countries agreed that this was indeed a joint reservoir, but even though more than ten years had passed, the countries had not been able to reach an agreement concerning the exact portion of each country. A year ago, the two governments decided to impose the task on the companies on both sides and instructed them to negotiate between them to reach an agreement on the compensation that the companies on the Cypriot side will give to those on the Israeli side. The compensation is for a full waiver by the Israeli side of its rights and assets in the reservoir, as well as a waiver of a unitization move, as agreed between the countries in 2010. A time frame of one year was set for this, at the end of which, if the companies failed, the reins would be returned to the two governments. On March 4th, the time frame ends, without an agreement between the companies. Therefore, Energy Minister Elharar sent a letter to the companies earlier this month in which she clarified that if they do not reach an agreement by the agreed date, the ball will be in the hands of the two countries, and all possibilities return to the negotiating table, including the option of unitization. The clear implication is that Israel has not waived its rights in the Aphrodite-Yishai reservoir.

It has been about 12 years since the discovery of the gas field, a period within which could have been expected that the two countries, which have strongly tightened their relationship, will find the solution for this dispute, which is common in the global energy market. Naturally, in the field of energy there are economic-commercial interests alongside political-strategic ones. The realization of the commercial potential of the field is very much in the hands of the companies, depending on the market situation, gas prices, gas targets and the like. Without going into the depths of things in this context, the current circumstances clearly increase the potential for commercial exploitation of the gas that is at the bottom of the sea.

At the political level, the expectation was that, given the close and strategic relationship between the two countries, it would be relatively easy to reach an agreement on the matter. That was not the case. Minister Elharar’s letter is an important move, showing that there has been no change in Israel’s determination in safeguarding its rights, and those of the Israeli companies concerned. It goes without saying that such a statement is of great importance, especially when it is uttered by the Minister of Energy.

Since the ball is now returning to the hands of the two governments, it is important to turn the spotlight onto the political-strategic level, of course alongside the commercial aspect. In recent weeks, there have been intense contacts aimed at thawing the chill in relations between Israel and Turkey and restoring the relationship between the two countries to a more relaxed format. President Herzog’s visit to Ankara, a rare event in recent years, is expected to take place on March 9th. This move, if successful, will add a new dimension that has not existed in the last decade in the eastern Mediterranean, in which an impressive regional architecture has been established, centered on the close relations between Israel, Greece, Cyprus and Egypt. The Russian invasion of Ukraine, and rising energy prices in Europe (obviously, they will rise further due to the war and the global crisis), increase the attractiveness of gas in the Eastern Mediterranean.

This means that the two governments of Israel and Cyprus must look at these developments as further accelerating and emphasizing the need to settle the dispute over the field, and to promote its commercial exploitation. The failure of negotiations between the companies last year can and should allow lessons to be learned for the Ministry of Energy in preparation for its possible renewal so that the compensation correctly expresses Israel’s rights in the reservoir. The same is true of Chevron, a major player in the global energy market, which needed to play a more mature and responsible role to reach a proper agreement, which could have been a win-win for all parties.

In any case, the Turkish angle has cast (and still is) a shadow over what is happening in the East Med, and especially around the Cyprus problem. The expected rapprochement between Jerusalem and Ankara may contribute, at the present time, to stability in the region, in a way that will help, or at least not harm, the commercial realization of the Cypriot – Israeli gas field. It seems that Israel understands this, as evidenced by the letter from Energy Minister Elharar. Although the letter clarifies what is known, it is of great importance in the face of various expectations and speculations. It is now necessary to complete the move, and as stated, in improved circumstances – both political and economic – to end a dispute which should have been resolved much earlier. However, as is well known, it is (always) better late than never.